The Best Action Movies of 2021 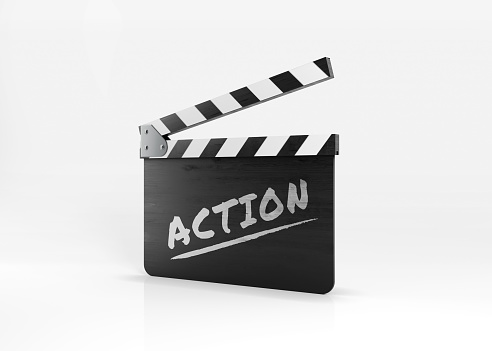 The action movie genre is one of the most lucrative and popular in film. In 2021, major action blockbusters took the box office by storm. In addition to their success in theaters, these movies left a strong impression on audiences and provided a much-needed sanctuary during the difficult times of the pandemic.
Cinemas witnessed the return of familiar action movie characters including the legendary spy, James Bond. In his final turn as the British secret agent, Daniel Craig reprised his James Bond role in No Time to Die. Directed by Cary Joji Fukunaga, the film co-starred Lea Seydoux, Rami Malek, Lashana Lynch, and Ana de Armas, alongside other franchise regulars like Ben Whishaw and Naomie Harris. Critics and audiences alike declared that the final installment in Craig’s Bond films is a satisfying conclusion to the franchise.
The Matrix is another iconic action franchise that made its return to the big screen in 2021. Lana Wachowski’s latest is set 20 years after the original trilogy. Reprising their roles as Neo and Trinity, Keanu Reeves and Carrie-Anne Moss go back into the Matrix, where they must fight new enemies while protecting their love. The Matrix Resurrections garnered mixed reviews with some fans expressing their disappointment with Wachowski’s approach to Neo’s revival. The film scored 65 percent on Rotten Tomatoes based on over 200 critic reviews.
Unsurprisingly, the action genre reaped the most money through Marvel movies. Two record-breaking Marvel films demonstrated some of the best action sequences of 2021: Shang-Chi and the Legend of the Ten Rings and Spider-Man: No Way Home. The former made history as the first Asian superhero film led by an all-Asian cast, including Simu Liu, Tony Leung, and Michelle Yeoh. The film’s fight scenes and captivating family drama make it stand out amongst Marvel’s superhero productions.
However, beloved superheroes with avid fanbases continued to reign the box office. In only 12 days, Spider-Man: No Way Home, the latest installment in the Tom Holland-led film series became the top grossing film of 2021. The film’s incorporation of previous Spiderman heroes and villains generated a frenzy of applause and raves at cinemas worldwide. It’s the first film to make over $1 billion dollars at the global box office since 2019’s Star Wars: The Rise of Skywalker.
Original action films also made a significant contribution to the action genre in 2021. Starring Bob Odenkirk, Nobody follows former assassin Hutch Mansell who must confront his dangerous past. Featuring excellent action choreography, the film owes its success to writer Derek Kolstad, the man behind the John Wick franchise.
Infusing the action genre with Western tones, The Harder They Fall opened the 2021 London Film Festival, where critics praised its distinct style. After its premiere, it streamed on Netflix, where audiences got the chance to experience an inventive, compelling Western film starring award-winning actors like Regina Hall, Jonathan Majors, Lakeith Stanfield, Idris Elba, and Zazie Beetz.
The action genre also witnessed some refreshing animated entries in 2021. Disney’s Raya and the Last Dragon contains intricate fight sequences combined with a positive message at its heart. The film earned more than 20 nominations for Best Animated Feature and is included on the BBC’s best films of 2021 list.
at January 12, 2022 No comments:

The Best Action Movies of 2021

The action movie genre is one of the most lucrative and popular in film. In 2021, major action blockbusters took the box office by storm. In...